Daemons in February or March? 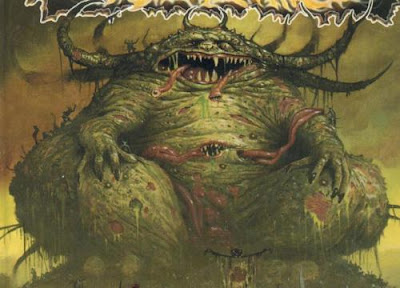 There are many people right now that are waiting diligently on the next three weeks for previews of Chaos Daemons and Fantasy's Daemons of Chaos releases. There is still some contention on whether or not a codex is going to be released but I think most rumors are pointing towards a White Dwarf.


This rumor bit for the most part just brings up the discussion on release dates. Whether we will get the full release at the beginning of February or if the end of February will be the pre-order dates for a release in March. The latter in my opinion is more reasonable and logical, but if its a White Dwarf update, it could really fall on either date.

Please remember that this is a rumor, and to take with some extra salt.

via buzz0783 over on Warseer
I have heard from a semi reliable source that Daemons for Warhammer and 40K are being released in March. This would mean that the March rumour and Harry and Hastings are all right as the new Daemon stuff would available to advance order in February and be released in March. I have no rumours about the content of the book, just the release date.
1/08/2013
Natfka
40k, 6th Edition, Chaos Daemons, Daemons of Chaos, Rumors, Warhammer 40k, Warhammer Fantasy