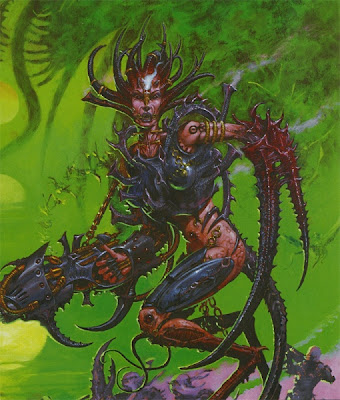 Most of us were caught surprised that Warriors of Chaos were released. We probably should not have been, but the rumor mill was behind the game on the release when it came to the release of the army book. On this end, I tend to receive a lot less info regarding fantasy than 40k.

It's back to back releases with a heavier focus on 40k for the next year to two years to get all the army books up to date.  Then expect new units in white dwarf releases and army updates to spot fill anything that needs a boost here or there.  Then it will be  a primary focus on expansions and supplements as opposed to just a revolving door of codexes.