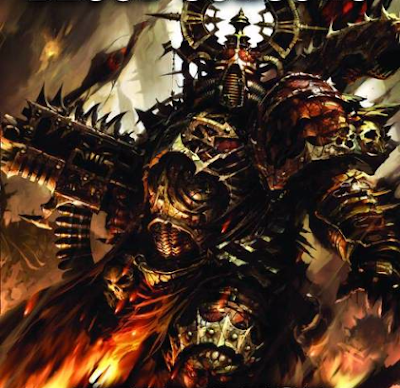 We have roughly been able to see what is going to be released on Oct 6th. This is going to be a huge and exciting release. I look forward to seeing these huge monstrosities roaring across the tabletop, and wrecking me.


There are several people complaining that only new models are being released right away.......... Its enough that it caught my attention, and what I don't understand, is the rumors are that there will be a second wave in the month of October with more models. Its not that GW is milking Dark Vengeance, its that we already have access to these models, and many people now have them. Games Workshop has said repeatedly through rumors, that they want to get all the new models released. This is already going to be a huge release with the codex and the new models, its only logical that others like the Hellbrute and the Cultists wait til the second set being released.

The way releases have been, 1-2 weeks of notice, would you really expect to see these models in the White Dwarf? No. That doesn't mean that we will not get images of the new models here in a week or so, it just means they are focused right now on the current releases. I find it hard to believe that I have had to write this out, but that OK. Heading back in to find digging out more images etc.

And OH..... The image above is the cover of the codex that we were able to see in the White Dwarf images.

Here is what is being said to be released on Oct 6th.