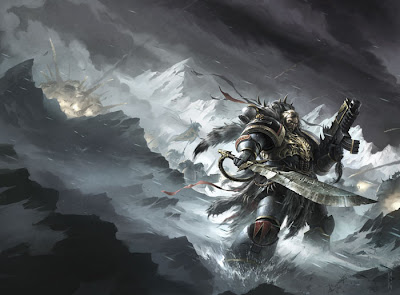 Continuing today's theme of awesome artwork from the Black Library we have one last one depicting a new cover for an upcoming Space Wolves novel, the Blood of Asaheim. 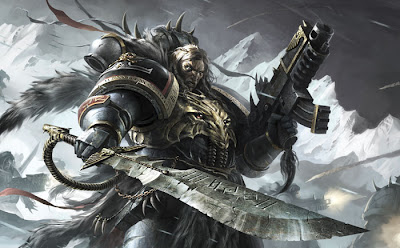 via the Black Library
Raymond Swanland’s stunning cover for the new Space Wolves novel, Blood of Asaheim.We’re sure you’ll agree that Ray, who won this year’s David Gemmell Ravenheart award for best fantasy cover, has really captured the visceral, feral nature of the Space Wolves in this piece. You can see the minute detail in the close-up below, including all of the runes etched into his armour.

Blood of Asaheim will be released in March 2013, but if you can’t wait that long, check out Kraken and Battle of the Fang for some more Chris Wraight Space Wolves action.
9/12/2012
Natfka
Black Library, Space Wolves