The Future of White Dwarf 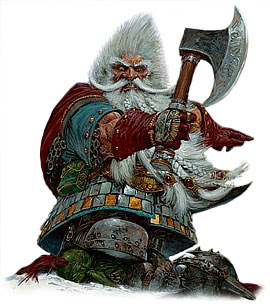 White Dwarf has gone through some major changes, and its clear that it is a completely new magazine with a lot more in depth articles. Not only this, but the future looks bright for magazine with warhammer expansions and new units as inserts within the magazine. Its sure to be a hot item most months.


Our bit today is from a hobbyist that attended to Games Day and was talking to Jervis about the future of White Dwarf. So this is that bit.

From an Attendee of Games Day UK (was not given permission to use a name)
Just home from UK Games Day. I got talking to Jervis and we got onto the subject of the new White Dwarf. He says they plan to keep the same template for the next few months at least. The three columns (him, John Blanche & Jeremy Vettock) was not a one off for the first issue. They are all set to be in each issue. The idea is that they all have a slightly different perspective on the hobby. In the future they may loosen the template a bit but for the moment they will follow the format of this first issue. They are also very keen to make it a magazine that people want to read in its own right not just a sales brochure. He said that the White Dwarf team are keen to receive feedback too. Oddly enough I didn't actually speak to the White Dwarf team in the end. The future looks good in my opinion.
9/27/2012
Natfka
Games Day, News Headlines, White Dwarf