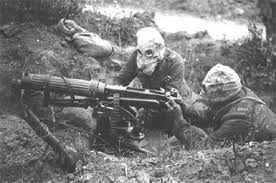 Yesterday was the launch of the 6th edition starter set, and for the most part that dominates what most people are doing in the hobby around the world yesterday and today.


Dark Vengeance
Now that I have opened both boxes and have a healthy amount of models to play the Dark Angels, its a matter of modelling them up slowly while I do other things. Of course my favorite models in that set are the Librarians and the Chaplains.

Really the best part about the set, is how easy it is to get an allied force with it. Its really an inexpensive way to get a couple of allied forces for your other armies.

Knights of the Blood and Dark Vengeance.
I know not too many people of have talked about it, but Knights of the Blood is an excellent use of the starter set. They are renegade, (some can be chaos-ified) and can use the blood angel codex. Then simply use the cultists as a renegade IG force that fights alongside them, and bam...... You are using the entire box set for one army!!!!! yea a little bit of conversion work, but what a value.

Dark Eldar
Set backs happen, and some games its impossible to learn from when nothing goes right. Even with the odds stacked way in your favor. However I am one to dig as deep as possible for learning experiences, so I have dug out a few bits from my most recent beating. Note that out of all the armies you play in 40k, Dark Eldar are the most fragile, so when things go wrong, they Really go wrong.

I am not going to go into the specifics of what I learned yet. A little more analysis and I will post up on it. Mostly because I think it leans towards most armies, not just Dark Eldar. Its just more important for Dark Eldar.

Also to note, really how badly things were going, I should of been tabled, and only managed to lose 5-3 in the Emperors Will. The worst part of games like that, Is that the game is over at round 1, and there is no way to really win at that point, the game becomes rather boring to finish out without the results already set.. For those that do not read the details of the comment sections where I mentioned it, dont worry, its coming later today probably.

The point is, its vital to find something to learn from any experience, and game, as there is always a lesson in there somewhere.

Guardians of the Covenant
I am looking forward to converting to this army. In reality I am planning on using the force for Knights of the Blood and Guardians of the Covenant. (colors are similar enough). The colors also mesh with many of my transports (rhinos and razorbacks for Grey Knights), so that I can cross use most of my vehicles.

Terrain
As of late Saturday, it looks like I have a huge in on making tons of cheap terrain now. This is a great way to get enough terrain for the tournament I plan on running next spring. Everything from ruins to trenches are coming soon. Not to mention that there are other pieces that are already moving forward at a great rate of completion. I am looking at ways now to start storing it, and Cosco boxes (which are in great supply) right now are what is going to be used.

Current terrain projects include, Razorwire fences, some terrain repairs, and fuel dumps. I am hoping to hit the trenches as quickly as possible.
9/02/2012
Natfka
Presence of Faeit