Confirming Tyranids for January, and More 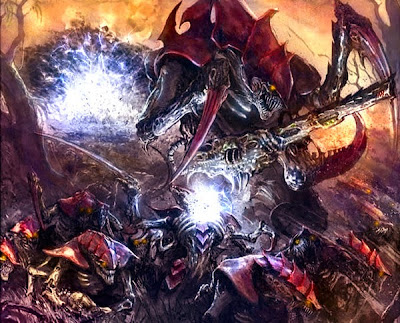 Tyranids are Coming. A new codex, new dualkit boxes, and probably much more. Today there has been a bit of news and rumor on the Tyranid front, and of course I know we are all dying to hear any scrap of information to confirm that this is happening.


Please remember that these are rumors. I am sure in the next couple weeks, Tyranids are going to take over and there will be nothing else for us to talk about.

There are a couple separate small sets of information here, the first confirming what the rumors that we will be seeing new Tyranids next month, and the second that models are starting to not be able to be ordered by stores. The third we have already seen this image, but is that a harpy in the back left?

All three of these are from different sources

via an anonymous source on Faeit 212
Confirming Tyranid Codex and a few new dualkit boxes for January.

via an anonymous source from the Faeit 212 inbox.
stores in the UK are not getting any more tyranid warriors, hive guard, tyrant guard or pyrovores


via a reader here on Faeit 212 (please note that the image was released by Games Workshop for the event listed on the picture)
I have attached an image from games workshops event team, in the back left you can see a harridan like flyer that is much smaller than the harridan and also up the rear under the stormraven is another nid unit i cant identify. 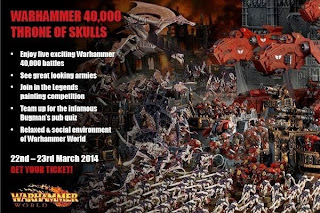