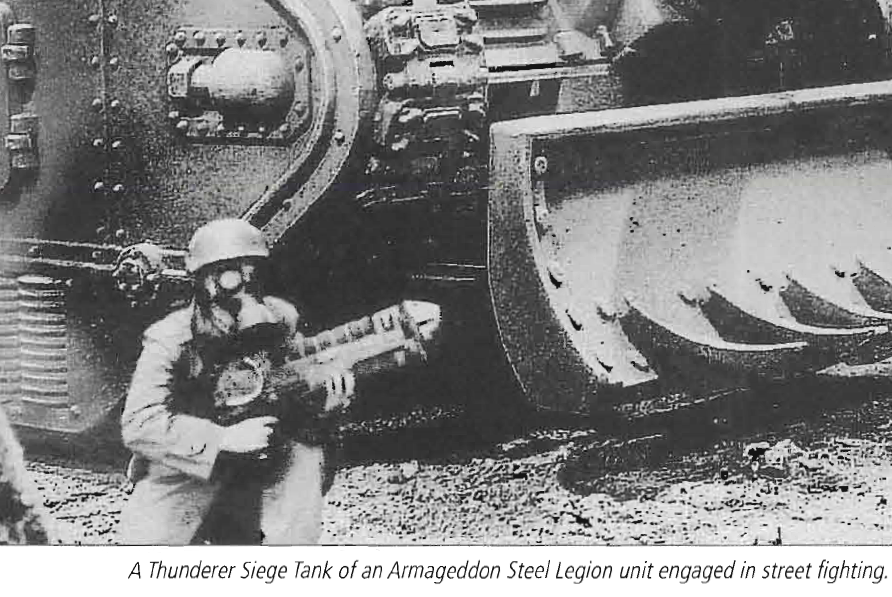 Check this little gem out, as it was found in the Imperial Armour 1 2nd edition book. Yes, that is a steel legion model with a Grav-Gun. Could this be something we will see in the new Astra Militarum book? Grav-Guns for Imperial Guard units or even elite forces would be quite a lot of fun.


This image was found by Zyth and sent in to us at Faeit 212. He is on a mission to uncover anything hidden, and is finding quite a bit of interesting stuff.

via Zyth from the Faeit 212 inbox
It's in the Imperial Armour 1 - 2nd Edition (Imperial Guards) page 62.
But I cannot tell if it's something GW will release or not.

I hope at last the weapon carried by the model means that this weapon will be available to the new IGs.
3/14/2014
Natfka
40k, 6th Edition, Astra Militarum, Imperial Guard, News Headlines, Rumors, Warhammer 40k