Horus The Warmaster: Available for Pre-Orders

Besides the Emperor himself, there are very few single characters that will have the kind of demand of Horus. Finally he is now available for pre-orders on Forgeworld. The model from the pictures looks good and is what we expect of Forgeworld on a model so pivotal to the background of the hobby. 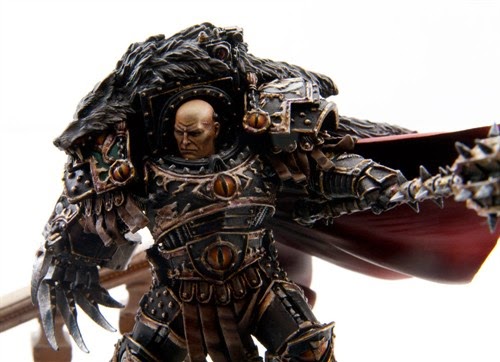 The model will be released April 14th, which gives Forgeworld a good amount of time to fill production orders.

You can check out the new model and place orders here.
http://www.forgeworld.co.uk/New_Stuff/HORUS_THE_WARMASTER_PRIMARCH_OF_THE_SONS_OF_HORUS.html

via Forgeworld
Horus was the Primarch of the Luna Wolves Legion, later re-named the Sons of Horus in his honour, and greatest of his superhuman kind. A tactical genius and charismatic battle leader, Horus proved himself over the course of the Great Crusade as a warlord second only to the Emperor whom he served and called father.

So it was that when the Emperor stood apart from the burden of command of the Great crusade, it was Horus that he named Warmaster in his stead. But ambition and pride festered within the Warmaster's heart and at Davin he fell, and the lies and corruption of the Warp infected his soul. From then on he plotted with dark forces to usurp the Emperor's throne and become the master of Mankind, throwing the galaxy into bloody civil war. 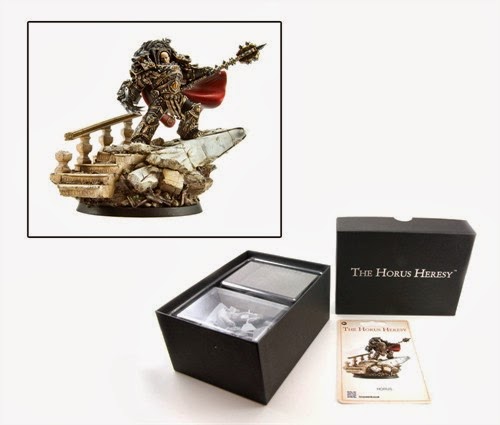