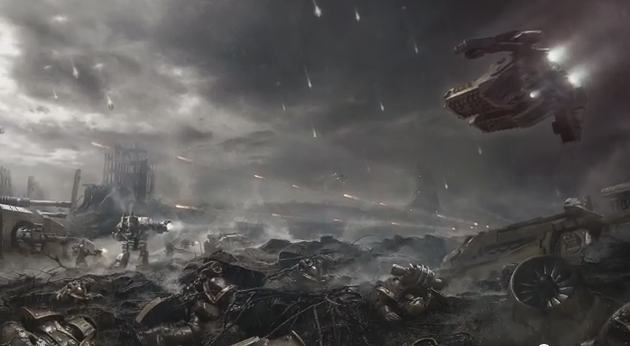 The Horus Heresy information is now floating around on Warseer as well as other forums now. From Alpha Legion, Iron Warriors to the Mechanicum we can now get a look at just what these Legions will comprise of. So sit back because this is a lot of compiled information from all over.


Please remember that this is compiled by Navar, and mostly posted by Brother Garrod. This will give you a good idea of what is in the book, but may comprise of errors. So take it as rumored although for some lucky enough to attend the Forgeworld Open Day, the book is in peoples hands.

Rogal Dorn
Phalanx warder squad (fast attack)
Dedicated transport
Protos or phobos if 10 or less, spartan if over 10
May take up to 10 additional warders

Dedicated transport
Triaros armoured conveyer
May include
One additional adept, up to 4 addition automata
Single adept may be upgraded to a magos auxilla