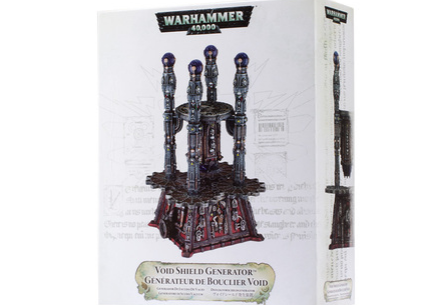 The Limited Edition Void Shield Generators have been over sold, and there are some readers out there that have your confirmation and still may be out of luck.


Personally it sounds like a mess, and I really hope there are not too many readers effected. I think coming to the office Monday morning in certain departments will not be a lot of fun, as this is a really tough issue, and one that needs to be worked out with its customers. The email I have received from one such customer was not a happy one, and also had no solution attached to it to fix the mess.

When you are selling a very limited edition of only a 1000, and taking Internet and phone orders from all over the world, its got to be a mess. Not to mention there are some countries where availability only lasted a few minutes. Yes, there are models that doing this would work well with, but the Void Shield Generator was not one of them.

via a reader on Faeit 212
Just heard that the void shield generators have been over sold, so even if
you have confirmation of order you may not be getting one! I'm one of the
unlucky ones :-( they took payment but no order for confirmation. I was
talking to customer service and they confirmed they had not only charged to
many people, but they had indeed over sold them. Some people will be very
unhappy soon...
3/23/2014
Natfka
New Releases, News Headlines