Release Schedules: What We Know 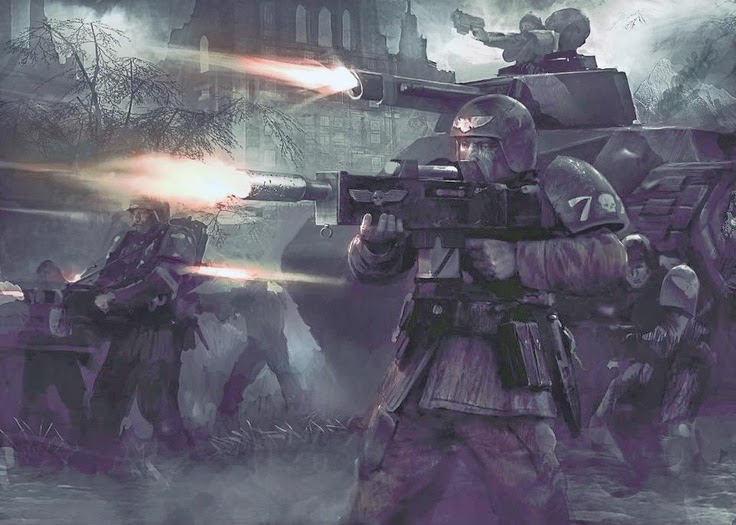 Its been revealed that we will not be seeing the Astra Militarum like many of us expected this weekend. A week or so ago, we were seeing leaks that indeed showed us images of both the Astra Militarum and the Militarum Tempestus. So what do we know for fact, and when will we see these release?

The Astra Militarum is an unknown at this point. While we know its coming, we have not seen a date for it but can assume that its coming in April. The Militarum Tempestus, Scions, and the new Taurox vehicle we have seen dates for. March 29th for pre-orders, and April 5th for a release. With that in mind, this is what we know.

April 5th
Beyond this we can assume that the Astra Militarum codex will come here, along with more releases. We have seen Ogryns, a Hydra Flakk Tank, and the codex cover. Of course this is just conjecture, but its a logical date for the new IG codex.

I for one am excited to get the new Imperial Guard on the tabletop again. Its been awhile since I have been fielding them. New tanks, units, and lots of Guardsmen........
3/18/2014
Natfka
40k, 6th Edition, Astra Militarum, Imperial Guard, New Releases, News Headlines, Rumors, Warhammer 40k