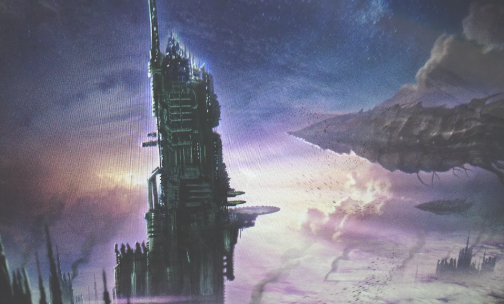 Tonight the third dataslate in the series Rising Leviathan was officially released and it included five new formations and the final stages of Hive Fleet Leviathan's invasion of the planet Satys. This takes us up to 15 new formations, granting a wide selection of new and flexible ways to field Tyranids, even without the access to allies.


So while I am glad that we are seeing these as a response to the lack of allies, I can only hope that we will see more in the future. Perhaps other Hive Fleets, or even a codex supplement would go a long ways still for Tyranids. With that said, lets take a look at the 5 new formations (only 4 of which are really usable)

All must start in reserve, and come in on a single die roll. Trygon Prime comes first bby Subterranean Assault rules. Then the 3 Ravenor Broods come in within 6" of the Trygon Prime's base. As normal cannot move extra or assault, but can shoot and run. The rest of the formation comes in normally via deep strike.

While I am a big fan of these Dataslates, I have to say that the final one, the Living Tide is the biggest let down. Its just not useable in so many games, that it limited its own usefulness in game play. The others seem decent, with the Tyrant Node offering some great synapse extensions on the tabletop. To me this is severely lacking and only gives the average player 4 formations to use. I would of liked to see the same special rules in another formation, but with a much lesser point cost associated with it.