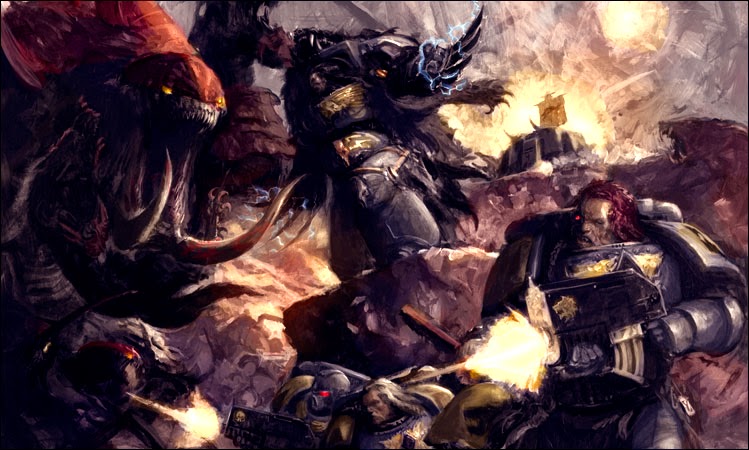 Leviathan Rising has been a series of Dataslates for the new Tyranid codex and has expanded upon the force organization of how Tyranids are used on the tabletop. The first two each games us 5 new Tyranid formations each, and its fully expected that the next will be the same.

So when is it coming out? Clues are pointing towards next week, which would mean pre-orders on March 29th.


The following bit came from the Black Library "NEW@BL" articles at the very end of Brutes From Hell.
http://www.blacklibrary.com/new-at-bl/Brutes-from-Hell.html

via the Black Library
That’s it for this week. Join us next Tuesday when we’ll be taking a look at the final installment in the Rising Leviathan series.
Thanks for Reading!
- Eddie, Helcultist