The Logic of the Crimson Slaughter 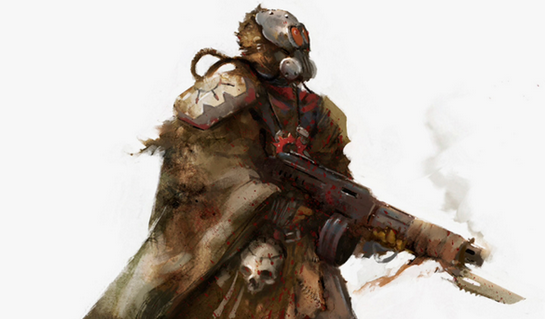 Many people were shocked when we discovered that the Crimson Slaughter was getting its own codex supplement, and for some it went as far as a slap in the face of the established Chaos Marine Legions. I personally think that this supplement is a good idea, and here is why......

BTW, here is an excellent review of the new codex supplement written by Zion
http://www.talkwargaming.com/2014/03/new-release-codex-supplement-crimson.html


With the release of Dark Vengeance, Dark Angels were released fighting a new and undivided army of Chaos Marines. With it came some fantastic models on the Chaos Marine side of things. The Chosen for instance just reek of the Chaos Taint, and are some of the best starter set models I have seen. While these models can be used for any Chaos Marine group, they really had a new flair all their own, and were given the name Crimson Slaughter.

Its no secret that in order for Warhammer 40k to survive, it must bring in new blood, and convince veterans to purchase new armies. Armies that are already built and ready for action, really make Games Workshop no money, and in fact lose money if a new codex is released if no one is buying the models. Case in point on how many of the new Dark Eldar line I myself purchased when they came out. Not enough to support my side of the hobby I am afraid.

When it comes to new players, its very easy for them to get into the game with the starter sets, so it makes perfect sense, that the one army that does not have its own supplement or dedicated codex out the set get one. This feeds the new players, and might inspire some of the current Chaos Marines to buy into the new faction.

So it makes sense from that perspective, that of the new player, to make the starter set Crimson Slaughter into a more institutionalized and codified part of the game. Not to mention that it is a great tie in for the new Helbrute model.

Rumors of a new edition are the other push. It makes sense that if there is a new edition coming, and a new starters set to come along with it, that we move past Dark Vengeance, sell out what needs to sell out, and prepare for what is next. If we do indeed see a new starter set, it would come to us within the next 6 months.

Do I like the new Crimson Slaughter? I personally have not gotten it yet, but plan on doing so. I mostly want to read their background, since I do not plan on fielding the army. I like the rules I have heard, the style of the army, so yes, I think its a good release.
3/15/2014
Natfka
40k, 6th Edition, Chaos Space Marines, News Headlines, Rumors, Warhammer 40k