Details on this Week's 40k Releases 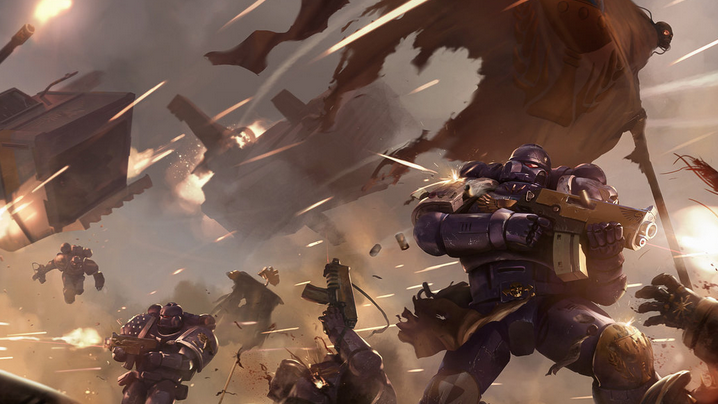 This coming weekend we have 4 known release from Games Workshop, both the Clan Raukaan hardback release and its limited edition, along with two pieces of terrain/ fortifications. While the details on the codex supplement we already know, lets take a look at both the Quake Cannon Craters and the Void Shield Generator. These are some surprising releases beyond what they first appear.

First off, the flexibility of the Quake Cannon Craters sounds very intriguing, and looks to be a great value at $37. The fact that it can be used in multiple ways as craters or barricades, shows some good design and thought behind what could be simply looked at as another set of craters.

The Void Shield Generator is the most shocking. At first it was that this was going to be a limited edition kit. While recovering from that, we learned that it was coming to us at $100. A little overwhelming perhaps for a standard plastic kit like we are used to seeing. However as we are about to learn, its made of a hard resin. This is interesting to see from Games Workshop, and I will be very interested to see how this one turns out.

These must still be considered rumors, until we get an official announcement or release.

via an anonymous source on Faeit 212
Void Shield Generator.
Limited edition - 1000 copies numbered in fancy box
Made of 10 hard resin pieces, and extremely detailed. Its a square structure with a platform on which emerges 4 towers with the void shield generator in the center of them. The structure looks as tall and wide as a bastion.
Its listed at $100

Quake Cannon Craters.
These are plastic, and come with 4 craters. Each of the craters come in two halves, so that they can be pulled apart and used as a rough battlefield barricade using battlefield debris as a wall. There is a lot of detail and wreckage on these, and being able to use them as a barricade of sorts makes them nice.
Listed at $37