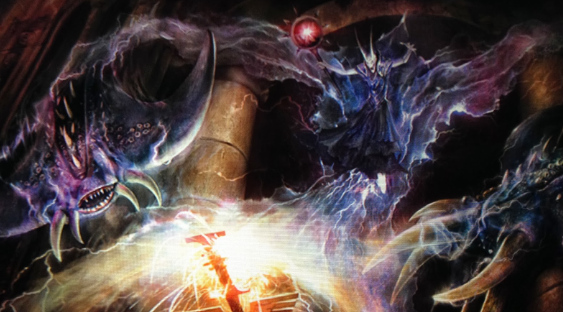 The Exalted Flamer of Tzeentch was given rules in the last White Dwarf (#7). While it was mentioned here, we really have not taken a look at the released rules for the new unit. XinZ over on the Flying Predator did just that though, and has an image of the rules for you to check out.


So head on over and check out the rules for both Fantasy and 40k.
http://theflyingpredator.blogspot.com/2014/03/exalted-flamer-of-tzeentch.html

Even though these rules are in a White Dwarf, with digital releases, this makes them much more accessible in the future than print copies can be. I can recall not getting or missing out on a magazine back in 3rd edition and just not being able to get the rules I wanted.
3/18/2014
Natfka