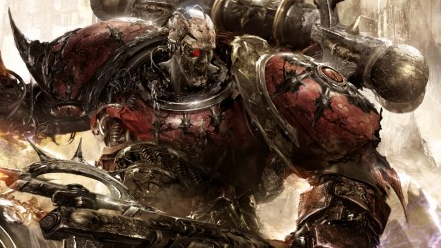 In the line up for week 2 of the March, we are looking at some interesting things getting released that were really a surprise. The first of which is the Crimson Slaughter getting a codex, but the other mystery was the new CSM Attack Force. Lets take a look at the models said to be included in it.

Please remember that these are rumors and are not official until we get an official announcement.

Please note that the source has clarified that there was an error in what was said, and we have corrected it.