Codex vs Supplement: What is in a Name. 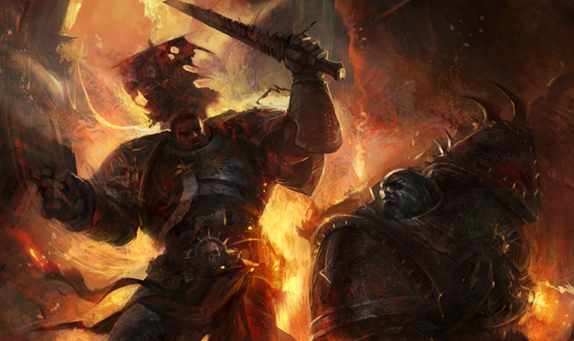 6th edition kicked off with a bang, and it didn't take long before we were looking at Codex Supplements that alongside each new codex release. So what happened? We all expected to see these supplements, and yet we have not seen a new one for a long time.

Codex Supplements are still coming out, but they seem to  have changed in name and are now called Codex: (add name here). So if GW is changing the naming convention, the question is why?

Well, take a look at what the community has done with recent releases. 6th edition was a move by Games Workshop to include just about everything under the sun that is meant for 40k, to be played in standard games. The word supplement brings up images of a lot of optional rules, and the instant they came out, much of the community was against their use in standard games or tournaments. There is a lot of confusion as to what standard 40k should look like in the eyes of the design teams and the community, as in the past supplements were optional sets of rules; like Planet Strike for example.

By changing the name from supplement to codex, it is clear what is intended for these splash releases. Codex, Inquisition, Imperial Knights, and now Crimson Slaughter, are no different than codex supplements (with the exception of less background). So the future it seems will be much clearer on what these releases are.

So what about the future. The rumors of a new edition, and updates to the rules to include Escalation and Stronghold assault into the main rulebook would also shore up the intent of the game. It seems GW has recognized the huge divisions in the hobby right now, and are looking to help set it straight.

Of course that doesn't change the fact that tournaments can do as they want, or change the rules as they seem fit for competitive play. In fact you can play the game in any way you want. However, I feel that by defining what is intended in the rules, it will help shore up some of the divisions that plague our hobby right now.

Once these are finally resolved, I really do believe that we will get down to business as normal, and get to some of the releases that we have all been waiting for. Black Templar, Legions, and much more.
3/05/2014
Natfka
40k, 6th Edition, How we play the game., Rumors, Warhammer 40k