This is Our Hobby: Sun Tau's: Art of War. 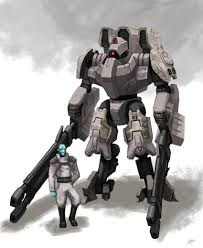 Tau are out, and let's face it, their book is great. I myself am bringing tau back out of storage and back onto the table. The new Riptide is amazing and I will be taking two of them in every game I can fit them in. While I could go on about Tau for the next few paragraphs, the purpose of this article is not to sell them to you, it is to talk to you about the changes that a well built Tau army will bring to your local gaming area. In my opinion, Tau have the best access to two special rules that can make or break a game: Skyfire and Interceptor.


Let's start with the basics. In my local gaming circle, flyers are everywhere. My main opponent fields Imperial Guard and regularly takes two vulture gunships. The new Tau bring some amazing options for air defence and no doubt we will see a number of army lists changing due to this exact fact. Let's look at just a few options: Commander with tank hunters on a quad gun? Brilliant. skyray with marker lights that fire at normal BS and can increase snap shots? Amazing. Broadsides with skyfire? Great. Broadsides with skyfire and tank hunters commander? Take my money! The list goes on and on. I have zero sympathy for anyone who spam's flyers and now has to face an army that has some great AA options because I myself, will finally get some payback!

Moving on....
Interceptor. If you have faced tripple drop podding wolf guard units with 10 combi-flamers and 10 combi-plasmas then you have experienced real gamer anxiety. Here's a

simple solution: Riptide with a 5 point upgrade that gives interceptor. I would like to see an opponent be confident enough to drop a highly prised squad in range of even an Intercepting riptide or two (especially if Eldar are in the mix and they just so happened to get prescience off). Cover will become a drop pod unit's best friend vs such an issue but if you deploy in anticipation of this, you can force him into dropping his pods into cover further afield ready for some juicy marker light's the following turn. At the end of the day you do not have to use Intercept, it is merely an option. The fact is you are forcing your opponent to change his game plan and in doing so, you are already limiting their chance of victory.

Tau are great. I'm sure we will be seeing a lot of Tau on the field in both primary and allied detachments. Early list testing is going great and I look forward to bringing you another update on Tau combinations in the future.

On a final note, I hope dearly that Eldar get as great a treatment from GW as Tau have.

My name is CrAzY424 and I am a Xenos addict!


For your own submission to the This is Our Hobby series please follow the link or click on the tab along the top of the page. http://natfka.blogspot.com/p/this-is-our-hobby-guest-articles.html
4/13/2013
Natfka
40k, 6th Edition, This is Our Hobby, Warhammer 40k