First Game in Against Tau 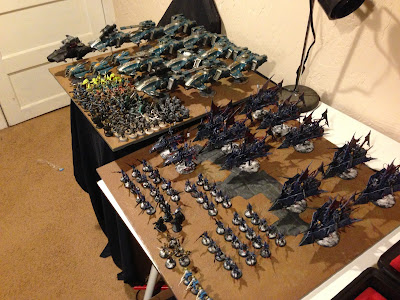 Last night I was able to get my first game in against the new Tau codex, and let me tell you, they are devastating and hard to deal with. It was a big learning experience for both myself and my opponent on how the new codex will work.


You can see both armies along the top pic, so you have an idea of what was fielded. It was a tank battle to say the least, and the Tau I felt right off the bat had the advantage. The game was sitting 2500pts.

Disruption Pods and Tau Fire
These were extremely annoying and caused me all sorts of heart ache. It seemed no matter what I did, the Tau Vehicles were always getting a cover save, and when they shot back, they had SMS missiles taking away any cover I had.

It was looking grim on my side, and after not getting first round and having no night fight to at least limit some of the incoming fire, I had very little expectations for this battle. However, after a lackluster first round of fire, and an almost non-existing second round of inflicting damage, the Tau were having issues.

Now we were playing on a long table deployment, and the mission where heavy support can claim objectives. This mean his 6 Hammerheads and my 4 Ravagers were going to be able to claim objectives.

I am not going to go into all the battle details, because this was a learning game. My opponent was not real familiar fighting Dark Eldar, and we were both learning the Tau codex.

I will have to say though that the Tau Hammerheads were effective, but over all the Railguns were doing the least amount of damage to my vehicles. I think it was Ion cannons that he was shooting at me (i forget the name), but it at least gave the option of large blasts. Note that the first overcharge shot over heated, which I am sure was disheartening.

Ethereals
The Ethereals new abilities to effect game play came into effect quite a bit. So much that they had to be targeted and destroyed. However, they are a double edged sword, as their death gave away victory points, which could of been decisive in the last round or two of play.

The Firewarriors were tough, with a 4+ armour save as a base, extra rapid fire shots, and decent leadership (near the ethereal), they were not efficient to kill off. Did I mention that I have never seen someone make so many 6+ feel no pain rolls. Often it seemed that my Splinter Cannon fire just bounced off these warriors.

In the End
What the game came down to, was the overpowering range and hail of Splinter Cannon fire that proved to be the downfall of the Tau in this game. Not to forget of course was an Archon trio making a mess of the middle field.

The Tau were very much difficult to destroy, with 4+ cover saves, and even 3+ saves being quite common for the Tau vehicles. I do believe it was his third game with Tau in consecutive night, and of course was trying new things as much as possible to find what he likes.

On special note..... One of my 17 year old venom bases snapped in two, from simply picking up the model. Time for repairs and painting Vect today.

Conclusion:
Tau vehicle lists are difficult to fight. While they are not the fastest force on the field, a slow advance behind AV13 vehicles can make quite a difficult list to deal with. Ethereals rock, but seem to give away VPs (I must of missed that one while reading through the codex). So are a truly double edged sword in 6th edition, especially in missions of low victory point opportunities.

Of course Firewarrior rapid fire rocks craziness when close to an ethereal, and even Kroot did Ok when outflanking into the back line. The overwatch can get crazy as well when assaults are declared. A 5pt upgrade for vehicles to gain overwatch is definitely worth it. 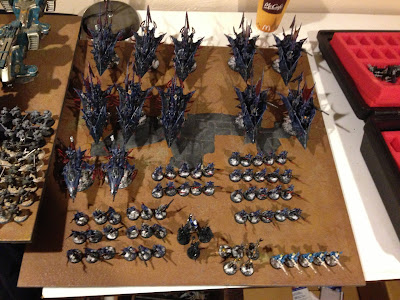 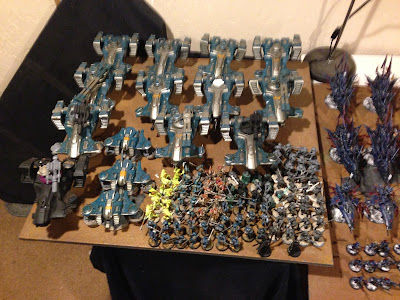 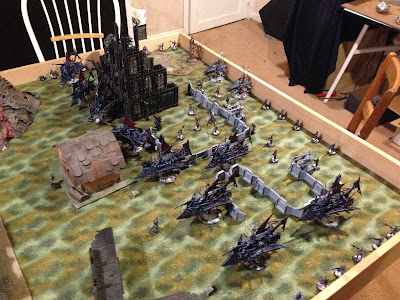