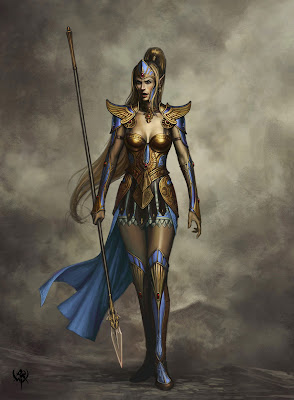 The rumors here are say that these rules/information come directly from the latest upcoming White Dwarf regarding High Elves. So fans, this is a long list of information from 4 different sources out there.


Please remember that these are still considered to be rumors, until the product is in hand.

via HERO's Gaming Blog
Straight from the WD it seems..

Source #1 - Source says from the WD
Some rumours for you all.

New Sea Guard character type. Can ride flying chariot
Hoeth Loremaster is a Lord choice and is L2 mage that knows all signature spells from battle magic.
Phoenix gets buffs based on winds of magic. If it dies, comes back on a roll of a 6
Reavers and Silverhelms core
Bolt throwers are rare
High Elf lore attribute "Shield of Saphery" grants 6+ ward save, if you have a 6+ ward save already it increase by +1
White Lions and Swordmasters still have ASF...
Phoenix can be ridden or unridden. Flame Phoenix is anointed of Asuuryan, Frost is anointed of Caradryan
Sisters of Averlorn, magic bows.

Source #2
I have contacts that have confirmed 2 things for me
A. Lord level lordmaster is in the game in some capacity(knowign 1 of each lore which is sig)
L2 wizard high elf hero stats but 3 wounds.

C. Lothern Sky cutter chariots are the new chariot pulled by a swift feather rock! Eagle eye bolt thrower on back (possibly an upgrade)
can be a character mount for new character Lothern sea helm which is the guys you have seen with bsb in rumour sections. This guy can alos be on foot and or armed with trident.

E. High elf core will be reavers and silver helms and high elf militia(i dont know details of this)

F. Sms and Dps WLs(characian hunters) same stats have no idea if they have extra armour or not yet.

G. Flame Spire Phoenix does a slash attack, wake of fire (like abomb it can get back up), soem type of ward, attune to magic rule.

J. Anointed of Asuryan is character that can ride phoenix.

K. Banner of world dargon possible without bsb though i dont know what it does.

N. Everqueen has an upgrade or a second character is called her hand maiden appears to be a body guard

Sorry thats all i have
Thats all I have guys hope that helps confirm or dispel some rumours, watch this space if you want the truth.


Source #3
FACTS:
1) High Magic Lore attribute is 6+ ward save on friendly units if you cast a spell on them. If your already have a ward save, this gets better by 1 point.
2) Stubborn Lion Chariots.
3) Frost and Fire phoenixes can go alone. BUT frost phoenix can only be ridden by Caradryan and fire phoenix by the Anointed of Asuryan.
4) Loremaster of hoeth is L2 Lord option with WS6 W3 A3. Knows all signatures from rulebook.
5) New Lothern Sea Guard hero character. He can ride a flying boat.
6) New Lord option: Anointed of Asuryan. He can ride a fire phoenix.
7) Silver Helms go core.
Sisters of Avelorn will have magic bows (but we do not know if any other bonuses)
9) Three army rules: Speed of Asuryan, Valor of Ages, Martial Prowess. We do not know yet if they remain the same or they have changed (apparently the latter option).
10) Flying boat name is Skycutter. LSG hero can be built on foot or as a crewmember from the Skycutter sprue. Phoenixes' names are: flamespyre/frostheart; Anointed of Asuryan and plastic Caradryan can be built either mounted or on foot from plastic sprues of phoenixes
11) Deductions: Phoenixes WON'T be MC, for they go either alone or are a hero mount. You may expect heros from other regions (avelorn, caledor, chrace)

All those things can be already considered facts, AND they are today's leaks all of them.

High Elves Lothern Skycutter
· This completely new flying chariot is a multipart plastic kit that can be assembled in one of three different ways. Either as a flying chariot drawn by Swiftfeather Roc, upgraded to include an Eagle Eye Bolt Thrower or a mount for a Sea Helm a new High Elf Hero.

Repackaged High Elf Battalion
· Contains 20 Spearmen, 20 Archers, 8 Silver Helms and a High Elf Chariot (that can be assembled as a Tiranoc Chariot or a Lion Chariot of Chrace).

Alarielle the Radiant
· A clampack that contains one highly detailed Citadel Finecast resin miniature sculpted by Edgar Ramos. Alarielle is the Everqueen of Ulthuan her miniature strides forward with roses bursting to life beneath her feet as she strides over a piece of Chaos Warrior armour.

Available While Stocks Last
These Items are highly limited, please request the quantity you require and we will supply you as close to this number as we can.

Warhammer Battle Magic: High Elves
·Eight cards that define the unique effects of High Elf spells and are great to help keep track of the spells used by each of the wizards on the battlefield.
You might also like:
4/23/2013
Natfka
High Elves, News Headlines, Rumors, Warhammer Fantasy