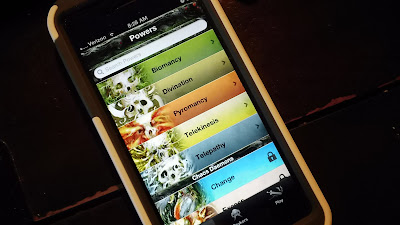 This is really cool, and something I have been wanting to see happen for some time. Its even been speculated  lately that this was going to happen, but I can tell you now, that it is being worked on.


While this is listed as a rumor, it very much accurate at this time.

While vague a little right now, this is what I can release.
via an anonymous source (good source)
Army building support is on the horizon with more and more features (like the psychic powers app) being added and integrated until it is something amazing.

It's being worked on and improved part by part so that it can be released in stages (not as a money grab, as previous pieces are upgraded at low cost, and only full purchases reflect the current value) in order to get it into peoples hands as fast as possible.