Adepticon is behind us with folks still figuring out Daemons, and already we have Tau out, new FAQs, and Eldar hot on their heels with Marines coming before years end.

So what did we see at Aepticon this year? A lot of folks are focusing on the high representation of Necrons in the top 16 which is a fair metric to look at. However, I would like to look at the MUCH greater diversity of armies that were at the event in total this year as opposed to years past.

Previously as much as half of the field would be represented by one or two armies. Last year was Grey Knights, prior was Blood Angels, and the year before that IG and Wolves. In 6th we still had a lot of the expected armies but there was much greater overall diversity. That is fantastic. IIRC, two years ago there was not a single Nid player present. This year there were dozens! I saw every army with at least some representation.

So what can we surmise from the numbers we saw? 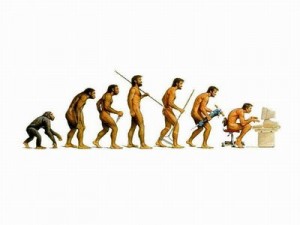 6th is evolving with such rapidity and the amount of variables has increased so much that people can't keep up with it. Right now the hotness is Night Scythes, Wraiths and Annihilation Barges as they add so much points efficiency in Flyer and AA utility, anti-infantry and anti armor plus counter attack. A lot to like there and it shows.

However, if folks had been a little more familiar with Daemons for example, perhaps we would have seen more of them as they have some absolutely devastating combos and units. The new Tau also, particularly post FAQ, bring devastating AA and AI firepower to the table and I would be willing to bet as soon as WargamesCon we will see Crons drop dramatically in efficacy as massed shots and AA really take the knees out from under the best Necron units.

So where does this leave most of us? Are we lost in the woods of a meta that has spun out of our control to predict and plan for? Not really. I think this means we are in a new landscape of picking a list and sticking to it. That was always the best recipe for success honestly, but not even more so. Choose either a really well built TAC (Take All Comers) list and learn to play through the power deficit or bring that extreme list and club people over the head with it, accepting that you may draw a hard counter and be facing a very difficult game.

What are your thoughts on this new world we find ourselves in? Do you like the frenetic pace or do you prefer the predictability we had in 5th? Personally I love it as 5th got stale for me in a big way at the end.
4/24/2013
Unknown
Events, How we play the game., News Headlines