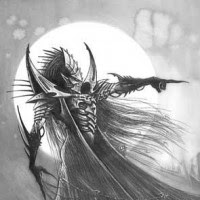 This week we have had quite a bit of Eldar rumor bits, and it is the one codex this year that I am dying to get a hold of. You can expect that when this one comes out, I will be going over it with a lot of attention to the details.


During the week I report the news and rumors of our hobby, and this is my opportunity to go into exactly what it is I am doing, or thinking. Presence of Faeit is my weekly editorial.

Eldar
I am sitting on about 7-8 thousand points of Eldar. Eldar are the one army that I have always wanted to play a lot of, and I am drooling (when no one is looking) at the prospects of the new codex. I already have a decent amount of new models. The Eldar are by far one of the best looking armies over the lifetime of the game, but new models are encroaching on this one area that the Eldar once dominated.

Once Valhalla is over, and done, I am just chomping at the bit to get new information on this codex, as well as to see the new models and options we will soon be fielding for the summer.

Dark Eldar
My Dark Eldar are really needing an update. Even though the codex is not really that old, it feels out of date, and left behind.

Please fix Mandrakes, the Dias of Destruction, Court of the Archon, the Decapitator, a second blaster option for large squads of warriors (perhaps a blaster per 10 models alongside dark lance and splinter cannon). Also please give trueborn the option to upgrade to ghostplate armour please. They get all the other expensive wargear options, but are missing this one.

Imperial Guard
Please please Games Workshop, lets get sentinels back into the game. They are one of my favorite models, and at the moment, no one uses them, because the rules just simply do not allow for it. My armoured sentinels really want to be on the tabletop.

My current weapons load out. Two sets of 3 armoured sentinels with autocannons and a hunter killer missile. It gives 3 initial shots when they first strike, and of course at a great range.

Leman Russ's? What is up with them being a heavy tank now. I have not yet delved into the 6th edition rules on them, but am I reading this right, that the russ being able to move and shoot its ordinance weapon is no longer available while firing other weapons? I have two Leman Russ Demolishers with plasma cannon side sponsons that really need to be fielded.

Dark Age
Sometimes there is so little time, its hard to play all the games that you want to. I really like Dark Age, and I am not getting in many games at the moment. I know they are the verge now of a new core rules release, and that most rules for their miniatures are all available, so I imagine I will be doing more on this game in the near future.

Some of the things I really like about the game. I love the fast gameplay mechanics. The action really gets fast and furious, and with a wide array of actions, this skirmish game is a nice alternative to my standard 40k play. Not to mention that the games are relatively fast. 45 minutes to an hour and a half when looking up all the rules.

Here are some cool things about getting into the game.
Rules are on PDF format on their website
Faction rules and unit rules are also online. Rulebooks required to play=0
The models are created in the style of artist Brom, and are modeled after a lot of his artwork. (love it)
The game is as brutal as is the game world.

So of course, while 40k takes up a lot of my time, expect to hear more about Dark Age in the near future.

Asdrubael Vect
Pics of my Vect conversion. Most of you have seen it, but here are some artwork that I was thinking of when I created the model. 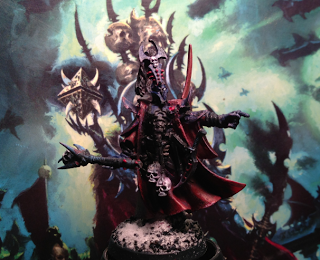 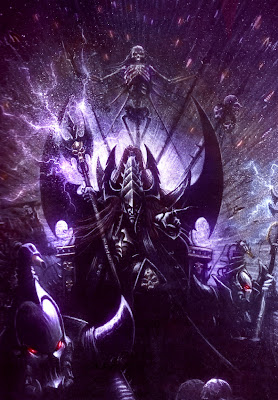