This is Our Hobby: Flyers in 6th Edition, A Prisoner's Dilemma 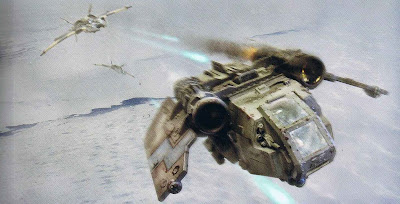 The latest edition of our beloved hobby has brought many changes to the ways in which we build, paint, and most of all, play. The greatest change, as I believe many agree, to the ways in which we stay up late building army lists or how we throw dice on our cinematic, narrative-forging battlefields, is most certainly the almighty flyer. Some teams get them, some teams don't, and even allies often boil down to teaming up with whoever can give you the most powerful wings in the sky.


Scouring the internet you will soon stumble upon all-too-common hatred for flying behemoths on OUR battlefields. Some people love them, some people hate them, but one thing remains constant... almost all of us use them. So did GW's grand scheme to get us to buy plastic planes work? Do our competitive natures blind us from the realities of flyers? My goal is to analyze why exactly it is that many (not all) of us shell out lots of cash we may not have for units that our opponents often don't want to see. So the question is, why?

In my opinion, the use of flyers boils down to an age-old cooperation problem: The Prisoner's Dilemma. Let's put this in Warhammer terms.


Now let's take a look at this chart that lays out the choices that two 40k players have, to take flyers or to leave them at home. The numbers represent possible outcomes, with higher numbers equating to bigger payouts (in this case more fun, better chance of winning, etc.) for the players. So in a perfect world, the best outcome that can happen for both players is for neither to take flyers - Both players have maximum interaction with eachother's units and have an have a much more level playing field, leading to a better quality game. However, the dominant strategy of this dilemma is to take flyers. Think about it. If you take flyers and your opponent doesn't, as a self-interested actor you just maximized your chances of winning and thus the fun YOU will have. Furthermore, if your opponent also takes flyers, while the overall game will be worse off, you will still be better off than if you didn't take your flyers because your opponent would have taken all the benefits for himself! Make sense? To put it in simpler terms, in this scenario, which assumes a tournament setting where you don't know what your opponent is taking ahead of time, both players are incentivized to take flyers, even though the game would most likely be better off as a whole if neither of them did and they were able to interact with each other's units without being forced to take models that they may not want to include in their army. So GW has effectively pinned us down in this unfortunate situation, making the dominant strategy to take models we may not want to if we want to win or have a fair game (if you don't care about winning, then this doesn't apply! Unless of course you like having fun....).

Now, you shouldn't understand this analysis to mean that I hate flyers and think they should be eliminated from the game. I love the idea of flyers and think they're great, I just simply disagree that to remain competitive, we are often (but not always) forced to take flyers or flyer defense, even if we don't want to. This problem is exacerbated by the fact that not all armies are created equally - some just don't have hard access to air power and are at a significant disadvantage. This means that players may find themselves struggling to take allies that they flat out just don't want, just have access to that precious flyer, or even abandoning an army altogether. In my opinion, that just isn't good for the game, or for players as a whole. 40k is at its best when variety and innovation are encouraged, rather than seeing the same armies everywhere you go. It's no discredit to the players, it's just the dilemma that we live in if we want to play competitively, brought on by an onset of a 6th edition rulebook that heavily favors flyers. Not being able to interact with models on the board is boring and bad for the game, so how can we solve this prisoner's dilemma without altering the rules with which we play?

The simplest answer is communication. While I definitely think that knowing what your opponent is taking before you make your list is just unfair, I think there is a simple fix. "Hey, I want to use flyers this game," or "Hey, let's just duke it out on the ground" is all it takes for matches to remain enjoyable for both players, without them being forced to play the dominant strategy in the '40k gamer's' dilemma. Of course, the ultra-competitive gamer will raise a good point - it's all part of the tactics to try and out think your opponent before the match begins and create balanced army lists that can deal with flyers. I firmly agree, and I think flyers add a whole new dimension to the game that tacticians have the opportunity to try and test themselves by countering. However, I also believe that the "auto-include" nature of flyers or flyer defense limits our choices, and thus our tactical decisions. This makes list building all the more boring and stifles creativity which promotes an even more competitive environment. I don't think it takes away from the game if players communicate beforehand to make sure that the match is as fun and competitive as it can be, rather than the disparity between the air-superiority of codexes determining the match before it begins.


This is definitely a touchy topic in 40k, and I definitely don't claim to be the authority. I do however believe that we as gamers should have an open conversation about this issue. With that being said, what are your thoughts? And as always, comments and follows are greatly appreciated!