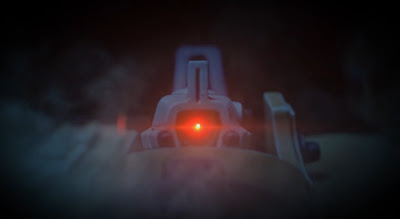 Now that the White Dwarf has been released, many of us in our hobby have been digging through the new edition of the magazine for anything Tau related. Today from the Faeit 212 inbox, Por'ui Tier has been gracious to send in his finding regarding any background information he could discover.


Please remember that he digging through the fine print that is teenie tiny. Errors are still possible.

via Por'ui Tier from the Faeit 212 inbox
I've been today scouring the White Dwarf for any so-far unseen hints of our codex-to-come (mostly background-related).  Here are the fruits of my labor; I hope that I haven't simply missed these in the lengthy discussion so far.

1.  'The Dawn Blade, a powerful alien artifact of unknown origins'.  Pg17, I think this has already been mentioned, but it's confirmation to any conspiracy theorists claiming the Dawn Blade has been de-mistified.

2. '"Our conquest is inevitable, our ascension a matter of time.  Let none who are wise deny our destiny."  - Aun'shi, Ethereal, (illegible)'.  Pg25, This is from a page in the background section of the codex.  It is the tag-line for the release, and apparently Aun'shi says it.  I may have misread the print, so if any wish to double-check, feel free.  I am fairly confident in it however.  Perhaps this gives further credence to the return of our first beloved ethereal.

3.  'The military path that takes a soldier to become a Cadre Fireblade can never rise as high as the rank of Shas'o - they are limited to a level just beneath that of Shas'el. (...)  Nonetheless, Cadre Fireblade, or Shas'(nel?) in the Tau language...'  Pg25,
This is in the Cadre Fireblade entry of the codex (it wasn't easy to discern, either!).  The first part, I am reading in two ways; A) Cadre Fireblades can only attain the rank of Shas'el - they can never be a Shas'o; or B) Cadre Fireblades are limited to the level below a Shas'el, a Shas'vre.  I'm leaning towards the first, but the second could lend credence to being more a distributed squad upgrade, bought as say 1-3 per FOC slot.
The second part of the quote is mentioning their title in Tau language.  I think it says Shas'nel, but the print is quite small and so I am unsure.

4.  'Although he has forsaken the Tau Empire, Farsight still bears the symbol of the Fire Caste on his armour'  Pg25,  This is from the Codex Gallery, and it seems to confirm that Farsight will remain a rebel.  The high modality does however, bring the possibility that he has confirmed his segregation with the Tau Empire.  I doubt this, but it's a possibility.

5.  'While personal customization is all-but unheard of among the Tau, Farsight's battlesuit features many unique elements such as overlapping segmented armor plates, a customized head and a sizable power shield'  pg17,
This is just the White Dwarf entry, but it could provide an alternative explanation to those suggesting Farsight's seeming XV8 -05 as backing for his re-assimilation.

6.  'Stranger, I bid you greetings in the name of the Tau (...)'  Pg27.  This is the blurb piece from the back of the 3rd edition codex, and I believe the code released at the launch of the Tau's inception.  I'm personally glad to see it made its way back to the book - along with some new artwork.

7.  '(Fortress?) Stations:  Positioned in the deep space between septs are (...)'  Pg27, This was the hardest to read yet, and I'm the most unsure of it.  It seems to suggest that it is some sort of linking station adrift in the Tau Empire.  Whatever it is, new info is always a pleasure.   :D

8.  'Sha'Galudo:  Homeworld of the (Nagi?), a small species of highly intelligent (illegible) known for their (mind control?) abilities."  Pg27,  This suggests a new race in the background, which I am very glad of.  Of course, others may have already known of this, but they are news to me.

11.  'Relay Communication (Beacons?):  Tau communications can only travel so far before their signals fade.  So relay stations are positioned to focus (...)'.  Pg27, Sounds similar to the Fortress Stations.  Nice to see plenty of technological expansion for the background.

12.  'Isla'nu:  The watery homeworld of the (Greet?), often considered part of the Falshia sept.'  Pg27, Seems like another alien race - always good news!

13.  'Red Sun Systems'  Pg27, No idea what this says, but it mentions Orks.  Perhaps something to do with Farsight, or the Second Sphere of expansion?

14.  Pg27, There is an entry mentioning the Kor'vattra; not sure to what extent or how much detail, but there's something there.

15.  Pg27, A juicy new Empire map.  I don't see any new septs, but there are plenty of juicy new details seemingly present - Including a close-up of the Dal'yth sept.

16.  There are numerous comparisons of battlesuits, which even go so far as to mention Longstrike's XV02 Pilot Battlesuit.  None of these mention the XV15, and so I am sadly inclined to believe that they will remain as an alternative Stealth Suit model.  The Battle Report also refers to the XV15 models used as simply 'Stealth Suits' - whereas I would expect a specification if there were two entries.

Well, that about sums it up.  I hope this was useful to you all, and also that I got it right.  Regarding the pg27 in-codex entries, take salt with these.  It was fairly difficult to make out, and whilst I am reasonably sure of all I posted, please don't be angry if I'm wrong.   :fear: