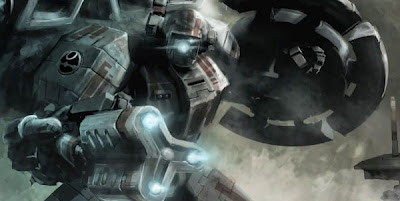 There are a few more little Tau bits floating around. So I thought I would put them into one post. its not a whole lot, but is worth mentioning. Riptide seems to be the name of the new Ubersuit monstrous creature.


via The Dude on Warseer
*I've heard Riptide for the Ubersuit, but give that some salt


*I've heard no big Kroot beast, which makes sense if the Ubersuit is a Monstrous Creature.

via neko on Warseer  respsonding to a few questions
"I've heard Riptide for the Ubersuit, but give that some salt"
I'll confirm this much

And no, I won't say everything that I've heard, or be as specific as I've heard. I don't want to be responsible for losing anyone their jobs.

"Could you at least say whether they've changed the look of the Crisis suits?"
There is a new XV8 varient, but mostly they're the same.