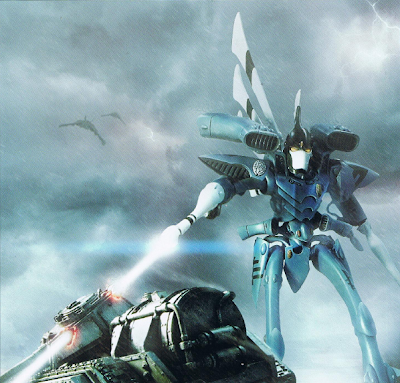 
Now of course, I suppose when someone says uber it could just be a really cool or strong unit, but throw that out, because we are not talking about that now.

The one thing I love.... is large cool models. Its one thing to have lots of infantry, but the big and dominating earthshaker cannons of 6-9 basilisks on the table....... Just awesome.

Make something even bigger..... almost titanesque..... and now we are talking fun

Please remember that these are rumors, and as always salt is required. Also a big thanks to Hastings for even more rumors along the 40k side of things.

via 75hastings69 on Faeit 212 (this is from a few days ago, but relevant)
Eldar, new flier, characters and a new uber wraith guard thingy.

via 75hastings69  over on Warseer
Not the same thing, there's a huge wraith guard construct type thing (similar to tau) IIRC it has two builds (shooty & cc), also IIRC the actual wraith guard have some kind of CC build option.