Space Marine Codex is Next after Tau 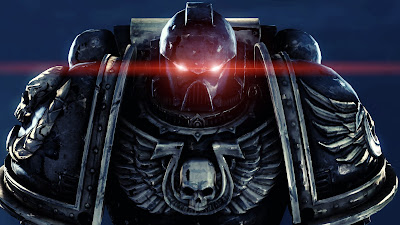 Space Marines are set to be released in June according to this new rumor set. Not only that, but the mystery box coming this fall is explored and talked about. Lets just right into it this morning, since I woke up a little a late today.


My first thought on this is that this mornings rumor bit goes against the Hastings release order, at least slightly, by pushing Space Marines up before a fall/ later summer release. Of course if Eldar are really slated for later this summer, as fast as codices have been released, then something was missing. Either Eldar had to move forward in time, or a release break has to occur.

Space Marines would fill that slot nicely. Not only in time, but because we have not seen the base Standard Space Marine codex yet for 6th edition.

I want to say that while this source is anonymous, and new to this site, he has some good source credentials. I am sorry that I will not go into this any further, as he must remain anonymous.

This would be a nice surprise release, and of course, if the release was to happen in June, the first Saturday of June is June 1st. That is really close. In fact its super close with the fact that we would start seeing White Dwarf pics and rumors in mid May. Not that far away since March is basically done, and we are sitting at the beginning of April.

Please remember that this is a rumor, salt is always required.

via an anonymous source
I have it on good Authority that Codex Space Marines will be the June release this year. Eldar will follow them. There is also a "Mystery Box" slated for September/October (ala Space hulk). GW have 2 which they have waiting in the wings, Blood Bowl and Warhammer Quest but no idea which it will be at this time.

Warhammer wise, I was told what was coming out and in which order, but to be honest I forget as I dont play the game. But I do know that Lizardmen and High Elves are this year.