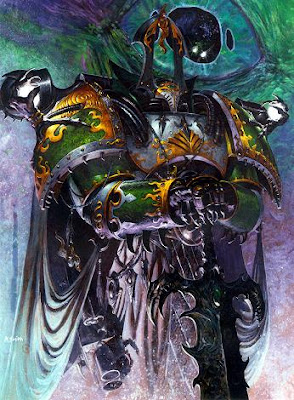 The starter set for 6th edition is still got some time before it becomes available, with September still holding the date for its release. Here are a couple small rumor bits regarding the price of the set, and putting an end to the idea of split or multiple starter sets.

Please remember that these are rumors, and such are always taken with a grain of salt.

via Demiurg
One would hope it'll stay the same (it won't go down), but knowing GW.. it'll probably see a price increase.
The "RRP" I've seen is 75 pounds

via Harry on Warseer
There IS a limited edition starter set. Limited run of 5,000 copies I think is what I heard.
I do not know how it differs from the standard starter set ..... but I suspect not that much?
Any notion of split starter sets or multiple starter sets for different armies is. in my opinion, total bobbins.
8/01/2012
Natfka
40k, 6th Edition, Chaos Space Marines, Dark Angels, Rumors, Warhammer 40k