Chaos Space Marines Codex in September and Other Comments! 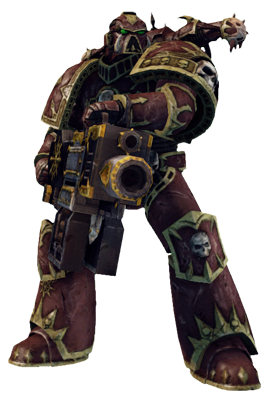 We were told during our large QnA session with our special guest that the Chaos Space Marine codex was set to be released in September despite all of the rumor mill declaring October as its release date.

"As of July 25th, CSM book is set to release in September along with the starter (though not the same week)."

Now we have another person in the rumor mill ready to step out onto that platform and declare the same thing. Also he adds in more to the conversation about yesterdays leaked releases.

via TastyTaste
I do want to comment on another rumor that just floated out there day. Someone posted a list of all the new releases GW will be having in the next year. I want to let you know that it is complete bull pucky. Of course, the list does have some truth to it especially when you just re-list the entire GW line of models that doesn’t have newish models!

I am also going out on a limb and say that CSM codex is going to be Sept not just the starter set.
8/11/2012
Natfka
40k, 6th Edition, Chaos Space Marines, Rumors, Warhammer 40k