Getting to the Bottom of GW Rumor Control 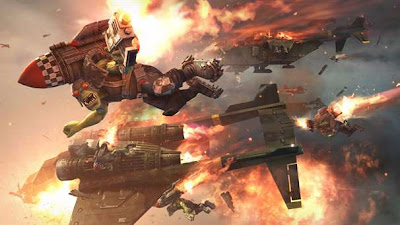 Earlier today we had a rumor set that GW was coming down hard on stores that were releasing information early. Luckily we are able to the real scoop on what is and what is not going on with things like this.

the source is slightly mistaken.

Efforts are currently underway to provide retailers with product the day before the actual release, to allow them time to prepare.

In some cases, product is released earlier than that.

Stores caught releasing information or products early (whether for sale or not) will not be "cut off," but instead will get their product on the next shipping date (typically one week) after it's official release.

I don't know where this "6 months" business came from, but it's incorrect.


Here is the original rumor that is being responded to and shown to be incorrect.
via Novasry at 40K ForumsJust got sent this by the manager of one of the local LGS'sFrom August 17th, Games Workshop are changing their trade terms. This will effect the way that New Release information will be handled.
After August 17th, any shop selling White Dwarf or any New release item before the release date, discussing New Release information or posting images on Facebook, forums etc before release date will be punished by not being allowed to stock New Releases for 6 months !