The Mark of Calth 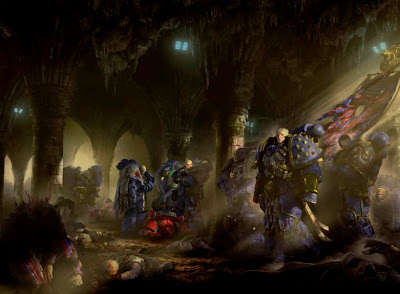 I have missed several releases of artwork from the Black Library, so this is a catch up piece. Its one of my favorites that I have seen in a little while being released for cover art.


via The Black Library
http://www.blacklibrary.com/
The Mark of Calth:
Once again, Neil Roberts has surpassed himself. The crestfallen look of the legionaries speaks volumes about the struggle they’ve undergone in the grim caverns beneath the surface of that ruined planet. If you don’t know the story of how they got here, it’s all in Know No Fear.
8/23/2012
Natfka
Black Library