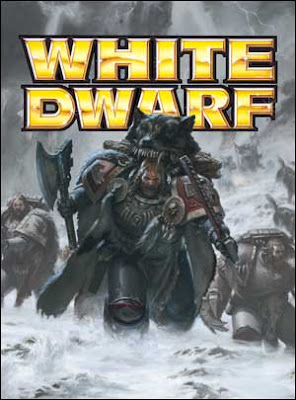 White Dwarf is moving to new offices and will have a new format soon. This is a nice change, as it seems more money is being invested into the magazine for more content.


Note: I have been sick, and am still down, but better than yesterday. I am working to get caught up today, as one day off, and there is a lot that I am behind on.

These are rumors, so a little salt is always required.

via Darnok over at Warseer
WD is changing in a fairly big way. They are moving out of the design studio into completely new offices and have brought in an outsider to head up the new format magazine (a former editor of a major successful magazine). The new magazine will have increased content and is being invested in with more money by GW in an attempt to break with the concept amongst many readers that it is little more than a figures advert. They've been working on the new mag since early May (4 WDs have been released since), so I'd expect the first of the new look fairly soon, but it would give us an idea on internal turn around times when it appears...
8/27/2012
Natfka
Rumors, White Dwarf