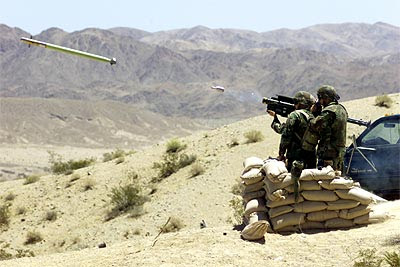 We have all been waiting for the introduction of Flakk Missiles for our armies to combat those pesky flyers from wrecking out day, and it looks like we finally have some information on them. So take a look.


Please remember that these are rumors. This also includes some other anti-air rumors as well.

Digging through comments is not something everyone does for every scrap of rumor that just might drop, so I figured it was good to post them up. This way the discussion takes place centered around Flakk and other anti-air weapons.

Whirl Wind AA will have the option as an upgrade and 3 different types of missile to choose before the game.
Replace both Castellan and Vengeance with Helios Missile launcher for free.  Heavy 1, Twin Linked, Skyfire Interceptor

Devastators can upgrade to take flakk missiles at +5 points per model, replaces Krak and Frag options.

via Faeit 212
From the Comment Section via Anonymous Commentor

there was an iteration of playtest where you replaced only krak with flakk and was free. because there is no modelling difference, players could (without adjusting their list) swap to flakk when they saw / suspected lots of flyers.

In the end it was simplified to being an outright replacement of both for all missiles in the squad, at a cost to avoid the above. Either it's Flakk or it's Standard.

Flakk have also (as a whole) been reduced in effectiveness as they were Imperium only, and the GW designer involvement wanted to steer away from the Imperium having all the tricks.

If you want to take out flyers, you need to either run flyers yourself or dedicated units / vehicles that are ground to air.

This levels the playing field for all races who will each get at least 1 flyer, and 1 ground to air unit that can semi-function ground to ground.

Infantry just don't do that well against Flyers.

I think guard will get more use out of Flakk than Marines.

The Tempest which can come in squadrons and is cheaper than a storm talon though less versatile do an excellent job at shooting down Night/Doom Scythes.

Sorry no Storm Talon or Storm Raven for DA.

And the Helios' interceptor rule makes it really solid, since unlike the Hydra it can still shoot at light armor in the event that there's no flyers (or shoot light armor, then again in the enemy's movement phase).

Also, it can be taken as 1-3 vehicle squadron for 1 Heavy Support.

(in response to the why the tempest?)
It's no different than the Vendetta/Valkyrie or the Hydra for Imperial Guard.

It's also plastic, which makes it more available.

(For the Hyperios whirlwind it's just a different set of warheads you can glue or magnet in).

Beyond that there are still two new, unique units which are very cool