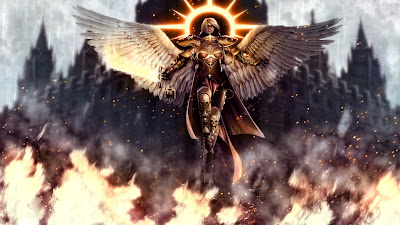 There has been all sorts of speculation on whether or not the leaked release list of models for mid 2013 was real or not. This morning we have an answer, and it is one that many people will like.

If you want to check to see the list again, or missed it, follow the link
http://natfka.blogspot.com/2012/08/games-workshop-release-plan-in-2013.html

Please remember that these are rumors, and should always be given a bit of salt

via Faeit 212 (A Must Remain Anonymous Source)
"Those aren't product codes, they're image serials which are later used to print the boxes / blisters.

This gives the model names credibility, but not necessarily the dates.

GW Packaging is produced (graphically, not physically printed) for the most part, well in advance, to make sure that there's always room "last minute" if there are changes to codexes and a new model package is needed.

Bear in mind, that some instances of "produced" mean nothing more than an original photo of a model being photoshoped onto a new background and formatted for one of several standard dimensions. I'm not suggesting custom oil paintings done or anything.

So to summarize:
All of those items are in the pipeline to get Imagery of some kind produced and formatted for the appropriate box/blister it will appear in.  Like the Eldar from 2010 though (which still haven't seen the light of day), that in no way means much when it comes to release dates, beyond the vague promise of "sometime in the future."

Talks for the summer campaign are beginning though, so I'll keep you in the loop for those as it unfolds -- and yes, some of the models from that list would make a lot of sense with what's in the works so far."