The State of Rumors: Starter Sets and Chaos Marines 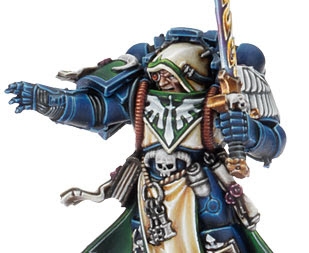 My mornings is where I get the most work done on this blog. My routine is simple, wake up, start coffee, work out. Then shortly my coffee is ready to go ( I am going to get nowhere without it), and I hit the computer.

I always start off with email (unless no caffeine then who knows), and work my way through the blog, and then off to hunt down rumors. Starting with email can sometimes bog me down, as I do like to respond to each email that comes in (I probably miss a couple, but I try). There is a huge theme going on this last weekend and up through today, so even though I have answered what I could, I thought I would bring up the  almost single focus of emails I have been receiving. When is the Chaos Marine Codex going to hit?

Around here we tend to work on rumors with release schedules, the next codices and everything that is going to happen in the next few weeks, next month, even next year. There are patterns when information is generally available to us, and I say this only with the experience of doing this now for several years. The pattern is generally that during the week of a big release, the rumors drop off some.

Why? It could be coincidence, but I have never been one to believe in coincidence, and that goes through my veins in every aspect of my life (just as big as the no drama rule). Religion, family, politics, finances, and even to my hobby. Notice the order of that list. Not completely healthy, but that is the order of my life.

So here are my thoughts when it comes to the question about Chaos Marines. I don't know. The rumors you have heard on the the time frame of Chaos Marines, are the same ones I have read. While I do sometimes get information that I cannot release, there is nothing in there regarding the time frames of the codex's release time that I have not been able to share.

This is however, the week of the Dark Vengeance Starter Set release!. The patterns of how rumors generally act, say that this week we may hear sometime regarding its release, however, do not hold your breath. Next week will come. When next week arrives, so does the next release become the most important next big thing. The rumors will come, and they will come because that is what will be on the forefront of everyone's mind.

The Starter Set is going to be wonderful. I have two ordered, as well as a bunch of other things I need, OK, that I don't need, but want. I look forward to seeing the models come Saturday morning, and you know I will do an opening video almost immediately. I am on the back side of the world when it comes to time zones, so the rest of the world gets to open theirs first, but I will still do a box opening video.

After the starter set is released, and possibly even some nugget this week, we will start hearing about the next big release. Yes, it is still Chaos Marines from what I have heard.

So here is my advice. Enjoy the week. If I get anything new regarding the starter set.... I am hoping to post up as much as I can this week on it, and or the next codex release, I will get it up for everyone to read. This week is going to be fun.

btw
I have cracked the Dark Eldar codex. By that I mean whoa, the list might be needing some toning down and be retired with the exception of tournament play. No you don't get the list, but all the bits in it will be posted up. It needs a few more games in against varied list types, but it is an extremely dangerous hard hitting list.

So look forward to some dark eldar tactica this week. Wych bombs are probably coming next.
8/28/2012
Natfka