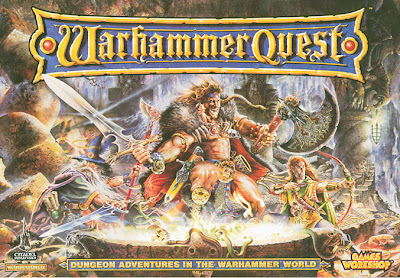 For those that have been following this site for some time, know that I am a big board game fan. Games like Twilight Imperium get played monthly at this house, alongside other games like Settlers of Catan, 7 wonders, and more. One game that I have seen and not played though, is Warhammer Quest, and now it is being turned into an app for Iphones and Ipads.


via Games Workshop
Warhammer Quest will be a universal app sold exclusively via the Apple App Store. The team at Rodeo Games is working towards a Spring 2013 launch, but will be presenting an early version of the game at UK Games Day at the Birmingham NEC on Sunday 23rd September. I can honestly say that while I'm at Games Day, I will definitely be paying the guys from Rodeo a visit to find out more about this upcoming game.

Here is a link to the website for the game
http://rodeogames.co.uk/warhammer-quest/