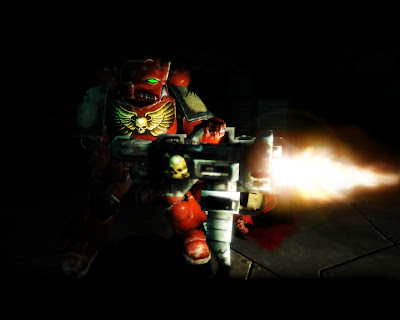 Earlier I had a post on Heavy Bolters and their being upgraded in the near future. Well, sometimes I am told something, and it just does not translate to paper well (my fault). When this happens, and the source of the information corrects what I was already told, its just a bad day at the keyboard.


To prevent confusion,  I removed the previous information, and have a much clearer rumor set that hopefully makes more sense regarding the state of Heavy Bolters.

Heavy Bolters, in all shapes and forms, are looking to be redone, and their iconic Str 5 Ap 4 Heavy 3 will see some adjustment to make them a desirable (and viable) alternative as a Heavy weapon in a multitude of units that currently would never consider one.  This is in the form of Salvo.  Currently looking like this:

Units such as Sternguard, as well as some other specific units will have more expensive / upgradeable Heavy Bolters that will be Assault 3 18", and Heavy 3 36" (the distinction being 1 more shot at close range than their salvo variant, as well as still being able to charge afterward).

Potentially this will be nerfed down to Salvo being the upgraded version, no Assault version existing, and Heavy bolters remaining the same.  It is currently in playtest.

Expect to see this in the FAQ in October or November prior to the release of Dark Angels.
8/25/2012
Natfka
40k, 6th Edition, Rumors, Space Marines, Warhammer 40k