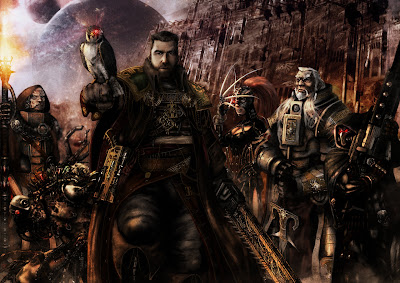 The Inquisitor's psyche had been severely wounded, the psychic blood intoxicating the feral beasts that now hunted his ethereal form. In his current condition, Faeit should not have been divining the weaves of the ether, as his manipulations of those strands called out into the void.... and those calls were being answered.


Breaking News/Rumors
Its odd, how the last couple weeks while I have been working on this article, something breaking just appears in my inbox. Loving it.

Xenos terrain fans rejoice, and celebrate. It appears new things are on the way. Not to mention that it appears the scenery and fortifications for Apocalypse will have their own rules that are legal for your standard game of 40k and planetstrike.

via an anonymous source via the Faeit 212 inbox (reliable source)
Not every race is getting a super-heavy, just access to them via Allies.  The focus on apocalypse is new scenery and fortifications, with their own rules, that are legal for games of 40k and planetstrike as centerpieces and objectives.  Expect a lot more racially specific fortifications as well as more "imperial/generic" stuff in 2014 Q2. Apocalypse
Apocalypse is going to be available for pre-order in a few short days on the 29th, however, will not be released until July 13th. We know of two models coming, one for Chaos Marines, and the other for Necrons. The rest appears to be terrain, although I am still hoping for another model or two that have not yet been revealed.

Here are your apocalypse rumors from earlier in the week

via anonymous source earlier today
The new kits alongside the repacking of existing apocalypse large model kits will be in the new boxing.

via Old-Four-Arms on Warseer
on the GW site in the description of the Imperial Bunker : 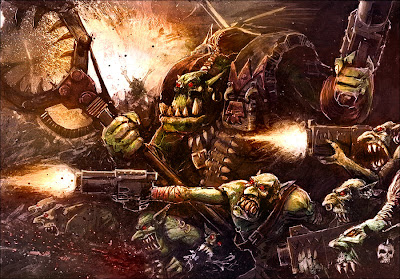 Orks Author Revealed
Orks are rumored to be a ways out still, and yet jumping ahead in the news and rumors category, Orks have been declared to have the author of the codex revealed. Of course there are always rumors that Matt Ward is the author of an incoming codex, but that's not how this one came in earlier in the week. (it was not just speculation)

via an anonymous source (from the Faeit 212 inbox)
Matt Ward is the author for the upcoming ork codex.
Orks are next year. 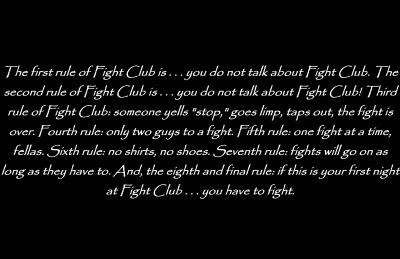 GW Supported Gaming Clubs
Games Workshop has been turning its stores into what is deemed as recruiting stores by the community. This has led to the closures of battle bunkers, and other stores, while smaller one man operations have increased and spread into other city markets that have never known a Games Workshop store. This has led to less playing at Games Workshop outlets, forcing many hobbyists and gamers to look elsewhere for places to play.

This rumor reveals some of the master plan on where this is all going. Allowing GW sanctioned clubs and events seems like a good move forward.

via an anonymous source from the Faeit 212 inbox
GW employees have been given the go ahead to begin setting up clubs outside of GW stores but using ex GW stock as well as GW support i believe. This may support the idea that they trying to move the gaming aspect of the hobby out of stores and into the flgs & club market. 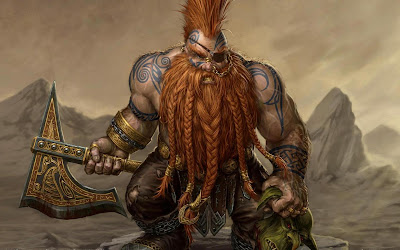 Warhammer Fantasy
While rumors have been rather quiet, (I need to do some more digging), on the Warhammer Fantasy side of things, it has not been completely silent. Jeremy Vetock is rumored to be doing the Dwarves Army Book, although a release date is still up in the air and possibly quite bit out. After all Lizard Men are rumored to be the next big thing for Fantasy.