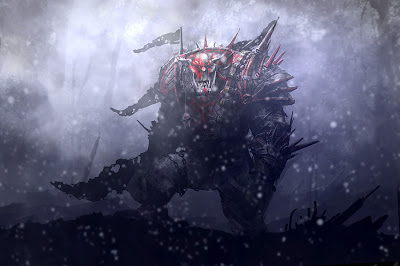 I have two more formations that I have been told about, so I thought I would share. Chaos Space Marines are getting the Lost and Damned, while Orks will be seeing something called the Dread Mob.

These are but a drop in the bucket, as the Apocalypse book is 296 pages long, with over 100 formations in it.

Dread Mob (Orks)
Consists of at least two Ork Deff Dreads, and 6 Killa Cans. Some Randomness involved as the formation can give the group extra bonus's to close combat, shooting, give it a kustom force field, and sometimes combine the effects

The Lost and the Damned (Chaos Space Marines)
It infiltrates, ignores pain, massive bonus's to assault, and destroyed units within the formation can be brought back to fight some more. 6 units of 10 cultists and a Dark Apostle make up this formation.
6/28/2013
Natfka
40k, 6th Edition, Chaos Space Marines, News Headlines, Orks, Rumors, Warhammer 40k