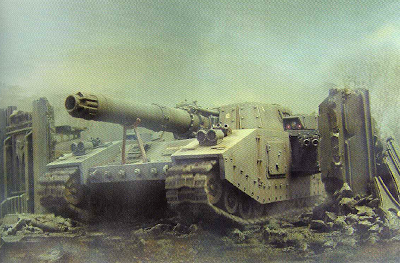 Apocalypse pre-orders are now less than a week away, and any news on that front has been hard coming. Some recent small bits have been slowing forming though, and here is the latest bits on its release.


Below it is interesting to see that the shadowsword will be getting a new box. For those that do not know, large kits are getting non-shrink wrapped boxes that open from the end (at least as far as the first of these goes). They have a very strong tab on the end, but is apparently the new thing. I am assuming after reading this bit, that both the Chaos Marine and Necron releases coming with apocalypse will be in the same box.

Otherwise below we have a confirmation about UK Gamesday tickets, and apoc kits seem to have been removed in the UK as of Friday.


via anonymous source (from the Faeit 212 inbox)
As you know apocalypse is coming,
Apocalypse book, apocalypse reload book and apocalypse templates have now been removed from uk shop floors (active after closing friday 21st)

July's White Dwarf will have all info

Black library will also be releasing their GW exclusive books at model release weekend, as well as a tie in audio book

The shadowsword is currently unavailable, this is to allow for bigger kits to be boxed like the wraithknight

UK Gamesday tickets will also be available, your previous post is accurate, £35 each, no parent tickets.   Stores wont be running coaches unless they have multiple staff.  Every stores Armies on Parade winner will get a free ticket
6/23/2013
Natfka
40k, 6th Edition, Rumors, Warhammer 40k