So What's Next? Farsight and Space Marines 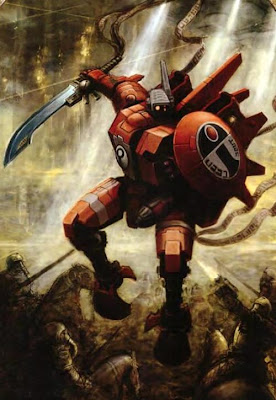 Warhammer 40k has been a on a furious release assault. I think it has done Games Workshop a lot of good, and the hobby/game as a whole. It seems we are much more engaged into what is going on more than ever before. Yet as this large summer Apocalypse supplement has just gone up for pre-orders, we all know something else is right around the corner.


In the July White Dwarf, we discovered Farsight: a Tau codex Supplement. So after Apocalypse, this is indeed the next major release and digitally it will be happening in July.

From the Iyanden codex supplement, we can assume that a few weeks after the digital release is out, a hard cover book release will come. After this, going back to our release orders, Lizardmen may be next in August alongside a hardcover Farsight supplement.

Recent rumors has put Space Marines in September, so thats what I am sticking to, alongside a White Scar supplement, that is said to be basically done at the printers.

So this is what I see occurring according to rumors etc. Not confirmed, and if I hear more I will be definitely getting it out to the readers.