The New Fortifications: Rules for Apoc and 40k 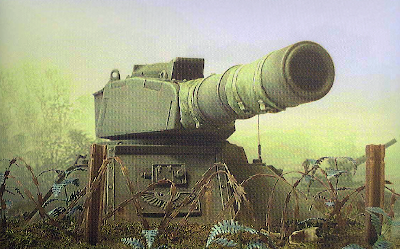 All three of these new fortifications are designed to fit together with all the Wall of Martyrs Sets. (This sounds cool). Not only that, but each box set is will have its own rules for use in both Apocalypse games and standard Warhammer 40k games.

Nothing official has been released, which means any information is still considered rumors.

If you want to see the kits, they still can be found on these forums
http://www.lounge.belloflostsouls.net/showthread.php?32951-Come-the-Apocalypse!/page28
http://www.dakkadakka.com/dakkaforum/posts/list/530894.page

Aquila Strongpoint $115
-Has two options: Macro-Cannon or Vortex Missile
-Macro Cannon fire at a long range with an enormous blast radius. Can even target flyers.
-Vortex Missile comes with 7 Vortex Missles, which are bigger versions of a Vortex Grenade, but with infinite range
-The rules for both Apocalypse and Warhammer 40k are included in the box