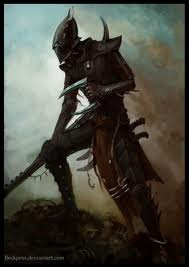 While this last week was rather slow in regards to rumors and news, there was a lot going on, and there is a lot sitting on my desk, including getting to a good amount of news/rumors and of course trying to get the chance to read through the new Iyanden supplement.


Welcome to Presence of Faeit, my weekly editorial, where I talk about exactly what it is that is on my mind. During the week I mostly report on what is going on with the community, be it breaking news, rumors, or just topics that are on everyone's mind. Now its my turn.

Iyanden Supplement
Although I have been dying to get read the backstory inside the Iyanden codex supplement, its taking me quite a bit of time to read it. It's just being short on time. Thus far I am really enjoying it. Very detailed background is just what the hobbyist ordered.

What I have discovered though, is that I absolutely love the book. Yes, there are only two pages of game rules towards a standard 40k game, but those two pages are very efficiently handled. With these rules there is just so many different ways to play the Eldar codex. Just the idea of 1-5 Spiritseers for a single HQ choice is big, but there is a new primaris power, new weapons and equipment, and did I mention taking a Wraithlord or Wraithknight as a Warlord.

On that subject, with a new piece of equipment, you can on a roll of a 3+ restore a wound to a Wraithlord or Wraithknight. So add in the psychic powers from Rules of Battle specifically Destructor/Renewer, and you get the opportunity to keep healing your huge Wraithknights. Imagine a couple Spiritseers doing this every round, as well as one with the Wraithstone Stone, and those Wraithknights are just not going to die very quick. I expect to see people doing this on the tabletop.

Eldar/ Dark Eldar Testing
I have been doing a lot of tuning with my Eldar, and trying out new things with every game so far. Now with the Iyanden supplement of course I will be taking on D-Scythes with Spiritseers in a Wave Serpent. Get doom, and you are really rocking.

I have also started combining them now with my eldar lists. While I am working on testing for a GT coming up here, I wont be revealing my current lists, but I will be discussing things I am working on with the Dark Eldar/ Eldar allied forces. There are just too many benefits to an alliance that are a tremendous amount of fun.

Dropzone Commander
Its really time to get these things painted, and this week, or literally after I finish this article, I am starting. I need to get more games in, and really do not want to play with these models not finished. They are very easy to paint according the games designer, Dave. The models are meant to take a good primer, some ink and drybrushing with possibly some detail afterwards. Sounds easy?...... Im sure it will take some time.

I have been dropping into some local stores lately with these models in hand, and have been talking to people about this game.

Rumors
I have a good amount of rumors that I am digging through right now to get posted up. So some very exciting things in them, from Apocalypse to Codex Supplements. Some real good stuff coming, so keep a close eye out.

The bit about xenos terrain coming in Q2 of 2014 is part of that, which I posted up with the Faeit's Tarot post earlier today.

Site News
I think we took a left turn this week on getting the new site up. To be more precise, the site is going forward, but we are going to create a new site layout instead of just making it very similar to this one. So things are moving forward, but have changed some. A hold up on progression is the site designer was in a car crash, so the delays are just going happen. Life happens. He is OK though, so no sounds like they were hurt.

Also work is starting up on some site animations for videos and log work. Its very exciting, and I look foward to being able to show you something very soon.

Also of note, I am trying to time a meeting up with Cipher Studios this week to talk about their games, and how it can work with the site. I have met with them once previously already a couple weeks ago. I am also working on other games news, and while this takes me a bit to get accustomed to, it is all moving forward just fine. A wider set of games will be added to the site, and I want to thank the readers who commented on what games they would like to see covered.