Press Release in the Chapterhouse vs Games Workshop Case 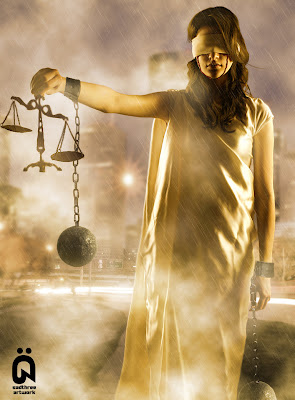 In a press release from the firm representing Chapterhouse, Winston & Strawn have declared victory in defeating hundreds of Trademark and Copyright infringement claims from Games Workshop. The press release came earlier today, and is bound to be the starting gate for many small hobby related businesses worldwide.


Here is the press release.

CHICAGO, IL – In a classic David-versus-Goliath battle, Winston & Strawn LLP represented Chapterhouse Studios LLC on a pro bono basis in a cutting-edge federal trademark and copyright dispute in the Northern District of Illinois (Games Workshop Limited v. Chapterhouse Studios LLC 1:10-cv-8103). The verdict of this jury trial, held in June 2013 before Judge Matthew Kennelly, confirms that copyright and trademark law should not be used to block add-on products. Winston & Strawn has litigated the case since 2010, and co-counsel law firm Marshall Gerstein joined the matter in 2012.

“This was a classic case of trademark and copyright bullying by a much bigger Plaintiff,” said Jennifer Golinveaux, partner in Winston & Strawn’s San Francisco office. “I am proud of the investment made by the firm, and the many attorneys who devoted themselves to making sure the intellectual property laws were not misused to squash a much smaller player.”

Games Workshop manufactures Warhammer 40,000, a tabletop battle game that works with armies of miniature figures and vehicles, while Chapterhouse sells customized add-on parts for the figures and vehicles used in the game. The United Kingdom-based Games Workshop, a company with $200 million per year in revenues, alleged more than 200 claims of copyright and trademark infringement against Chapterhouse, a small business run out of an individual’s garage in Texas. Games Workshop argued that it was seeking a complete shutdown of Chapterhouse’s entire business and although Games Workshop initially sought over $400,000 in damages, by the end of the two-week jury trial, the plaintiff dropped its damages demand to only $25,000.

Imron Aly, lead trial attorney and partner in Winston & Strawn’s Chicago office added, “It was a pleasure to represent a small entrepreneur like Nicholas Villacci of Chapterhouse, who has a passion for his work and wanted to see his business survive.”

Julianne Hartzell, partner at co-counsel law firm Marshall Gerstein added, “We are proud that we were able to help protect Chapterhouse against the overreaching claims made by Games Workshop in such a substantial trademark and copyright dispute.”
6/17/2013
Natfka
News Headlines