Presence of Faeit: When Too Much Power is a Bad Thing 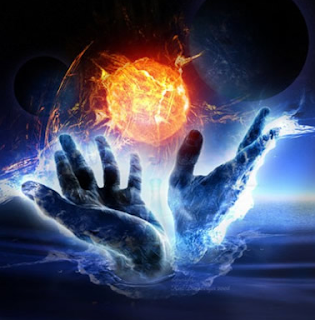 Sometimes, just sometimes, too much power is a bad thing....... especially when someone else is pulling the strings.

Welcome to Presence of Faeit, my weekly editorial, where I talk about exactly what it is that is on my mind. During the week I mostly report on what is going on with the community, be it breaking news, rumors, or just topics that are on everyone's mind. Now its my turn.


Too Much Power
Lets start off with something horrible, and talk about my game last night. Lets get this off my chest, I lost, and lost worse than I have lost in years. Of course I was playing a 1750pt game of 40k (which is small for me, and can often boil down to rock/paper/scissors), but this was downright scary.

I simply fielded my own destruction. Three of my own Waveserpents very much wiped my force off the board. Of course I will still be doing a battle report on this, so you can see how this was achieved, but OMFG. lol. My own waveserpents basically just opened up a can of whoop ass on my own forces right from the rear. It was ugly.

So you field an extremely powerful vehicle..... lets call it a new Eldar Waveserpent with scatter lasers, shuriken cannon, and of course it comes with serpent shields. Now lets add in the Puppet Master psychic power, and bam...... Dead Eldar.

Anyhow, great game, more comments and issues that arrived will be coming up in the battle report, once I get all the video edited and put together.

Valhalla
I want to throw in a quick word about this event. Literally, your hobby will never be the same once you attend this. Its not because of the games you get in, but because the week is spent with games designers, representatives, and others that just have so much love and excitement about this hobby we are in.

Its not something you can know until you really go and do this. I met some of the coolest gamers in this hobby there. I hate to mention names, simply because I will horrid with names and I will either have them wrong or forget someone. These are people though, that I met, and some I have even talked to behind the scenes afterwards, from all over the world.

I also still have posted up on something a little spooky that occurred one of the last nights. I will get to that this week.

Here is a link to the event's page, as there are two more this year that have not yet past. So I would imagine there is still the means to go to the event with open tickets. I also believe BTP has free ticket giveaways that still may be going.

Eldar and Dark Eldar
I am still digging through the new Eldar Codex with a passion. That is why I have been doing so many videos. It really helps me figure out what it is I like about the codex. I do hope that these videos/ posts help some Eldar players out there.

While there is a lot that I like, there is a lot yet to be discovered, pulled out, and optimized for my armies. I have not yet found my niche, but may find it in the allied forces of Iyanden, or some combination thereof. I have been sticking to Eldar only themed lists, simply to grasp the codex and get a hold of its nuances, before I start pairing it up with my Dark Eldar.

I am still on the fence though. Eldar as primary or secondary is still up in the air. Its very hard to give that many poisoned splinter cannon shots, so it will be a hard call. The Eldar codex though has a lot to offer, and I look forward to it.

Site News
Simply because the time being offered is on their free time, the site is taking quite a bit to get going. Not to mention that being back online pushes back the urgency to get the new site up. However, things are still moving, and I look forward to getting on the new site.

Check out this image. I am sending this to a Graphic Artist and Motion Designer for some logo work. We have not yet come to a decision on whether he will be doing some work for logo design for the new site, but I am hoping we are going to be moving forward with this. The part of the image that I like, is the planet itself. Something along those lines might be in the future for logo and branding. 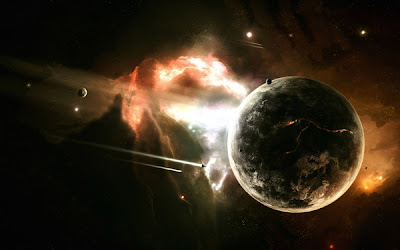