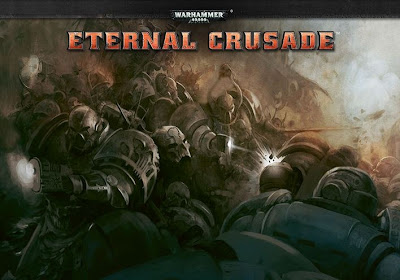 A 40k MMO has now been announced by Behaviour Interactive to be released in 2015. This announcement is huge though for 40k fans who were overly dissapointed by the last failings of Dark Millennium to ever make it to release.


So at this moment things are relatively light in information about it, but looking at it, 4 races will make the opening of the game, Chaos Space Marines, Orks, Space Marines, and Eldar.

Warhammer 40,000: Eternal Crusade is currently in development for the PC, PlayStation 4, and Xbox One with a targeted release window of late 2015.

The game also will feature a "deep progression system" that draws from the Warhammer 40,000 universe.