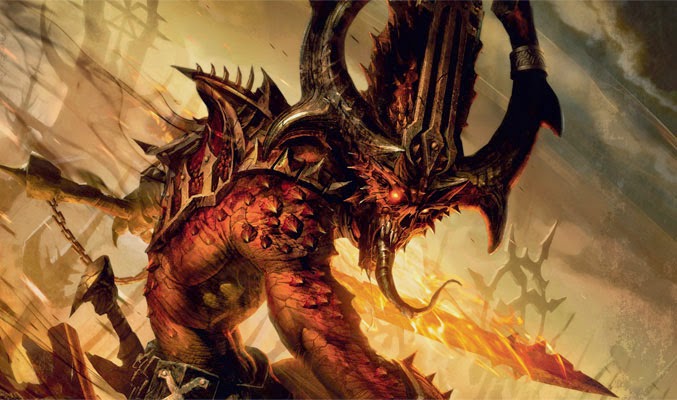 There are new picture leaks out this weekend's White Dwarf showing the new Daemonic Malefic Powers for 7th edition. The primaris power itself "summoning seems very powerful, but take a closer look at power 6, Possession. Yes its a level 3 power, but wow, does that seem a little strong. 7th edition will definitely be very interesting as it unfolds.


Please remember that these appear to be leaked pics, but fakes to come out now and again, so please take these as rumors until we get an official release of the White Dwarf.